It was a cold, mostly gray morning in Inwood Hill Park with rain from midday on. Still, it was one of the best birding days of the spring so far. There was a good variety of warblers up on the ridge. In fact, at times it was quite frustrating because there were many warblers around in some areas, but most of them were high in the trees in poor light and mostly backlit. Many individuals had to be just passed over as warbler species(?) because it was not possible to get a good enough look to identify them. Nevertheless, I found 51 species on my walk through the park and I later added three more species for the day from my apartment window. I added five species to my spring Inwood list, bringing the total to 102 species. (The five new species are in italics in the list below.) One of the new species was seen from my window, a Spotted Sandpiper on the mud by Muscota Marsh in the afternoon. This brings my apartment list for the same period to 38 species. 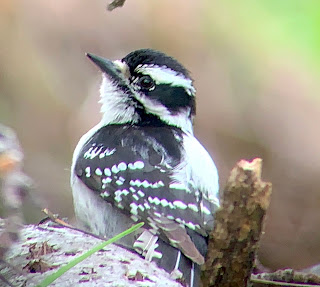 Northern Flicker
Eastern Wood-Pewee - my first of the year; on the west path on the ridge
Great Crested Flycatcher 2 - heard calling in the Clove and on the ridge
Blue-headed Vireo 4 - probably an undercount
Warbling Vireo 2
Red-eyed Vireo 2
Blue Jay 10
Common Raven 1
Tree Swallow 1 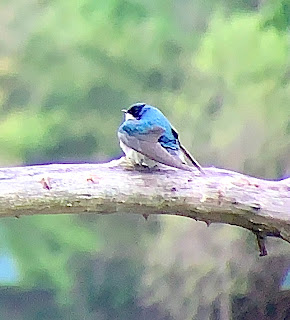 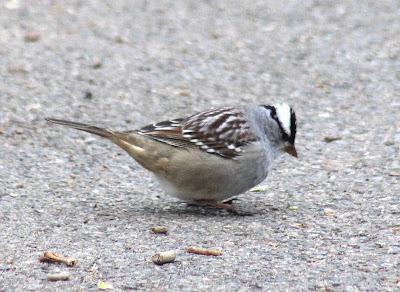