I am out on Great Gull Island doing field work with the terns. We have had heavy fog the last two mornings. As the fog was lifting this morning some of the workers were headed east through the "Meadow" section of the island when Donna Satterlee spotted a very large, unfamiliar moth. She took some pictures of it with her cellphone and I later went out and took some more pictures. We identified it as a Regal Moth (Citheronia regalii). Some research on the Internet turned up that the caterpillar has the wonderful name of Hickory Horned Devil. the wingspread of the adult moth can reach six inches. Its normal range is further south from here, usually just reaching northern New Jersey, though they do wander north to Massachusetts, so we were quite lucky to see one here.

Posted by Joe DiCostanzo at 2:35 PM No comments:

I went upstate again today, this time with Ed Eden, to chase some of the same birds Ann and I saw last weekend. The Henslow's Sparrow at Shawangunk Grasslands NWR in Ulster County was a life bird for Ed so we went there first. As we were driving through Blue Chip Farm, minutes from the refuge, I found an email from Rob Jett on the NYSbirds listserv that the Henslow's Sparrow and the Dickcissel were both being seen at the refuge. When we pulled into the parking area we could see groups of birders out in the grassland where I knew from my visit last week the birds were usually seen. We headed down the trail and as we approached the first bunch of birders we could hear the Henslow's singing. It took Ed about five seconds to pick up his first life bird of the day. After long, satisfying views of the Henslow's we walked the short distance down to the blind and got nice views of the Dickcissel. This wasn't a life bird for Ed, but it was the first adult male he had ever seen. We went back to watching the very cooperative Henslow's and waited out a brief passing rain shower that barely got us wet. On the way back to the car we heard an Alder Flycatcher singing and got a few brief views when it perched up. Back by the parking area we saw a Grasshopper Sparrow from the observation platform adding another grassland bird to the morning's list of the two goodies and number of singing and flying Bobolinks and Eastern Meadowlarks. After the brief rain, the day turned into a beautiful partly sunny one with brilliant blue skies and puffy clouds.

Next we headed down to Sterling Forest State Park to try for another life bird for Ed: Golden-winged Warbler. It took more time and effort than the Henslow's, but the photo below is proof of a successful endeavor.
Nearby we saw a somewhat cooperative Black-billed Cuckoo. After eating lunch back at the car, we headed back north and east to Doodletown Road near Bear Mountain and spent a couple of hours birding there. We saw and heard 38 species there before heading back to the city. A successful and fun day's birding.
Posted by Joe DiCostanzo at 7:36 PM No comments:

A winter plumaged Red-throated Loon has been hanging out at the north end of Inwood Hill Park for about a month now. On many mornings I can see it from my bedroom window when I get up. This morning when I came down from birding on the ridge the bird was just off the peninsula in the ship canal. It was doing lots of preening and flapping its wings and at one point dealing with waves from the wake of a passing boat. I liked the way it would stick its leg out when preening. It was a lot of fun to watch. Here are a few more pictures in addition to the one I posted earlier today. 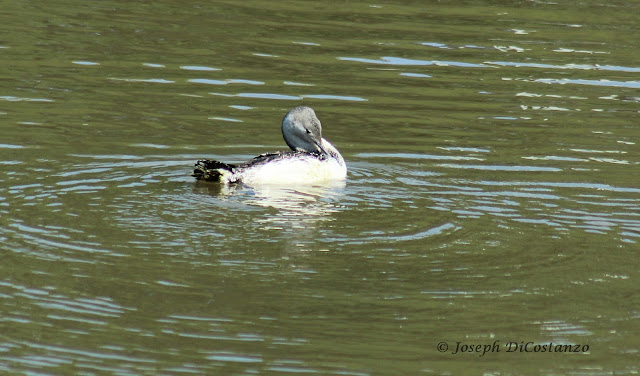 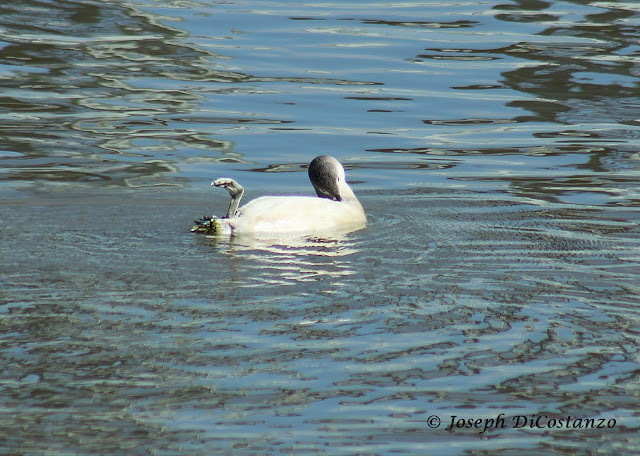 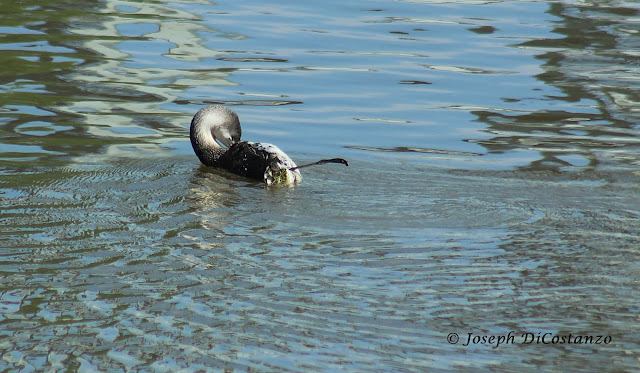 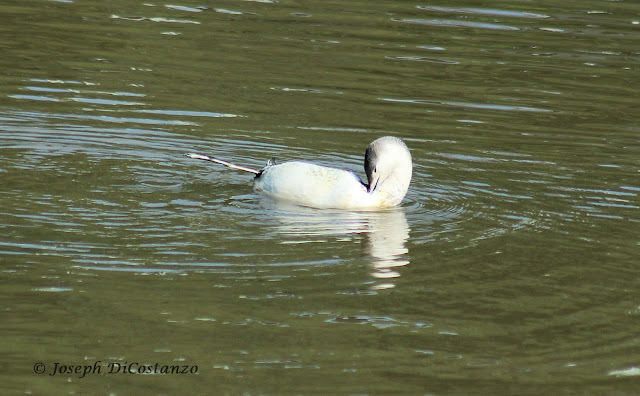 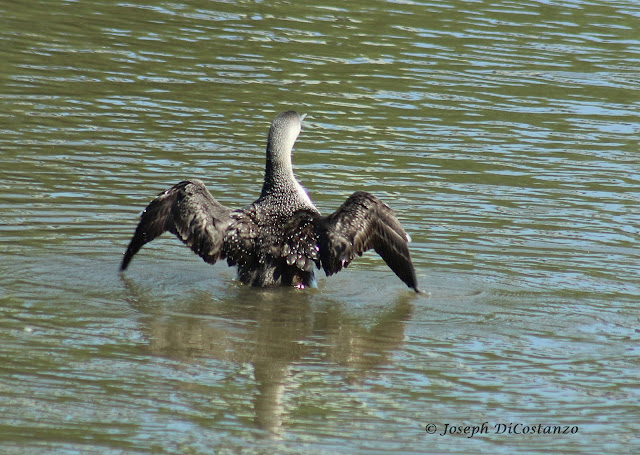 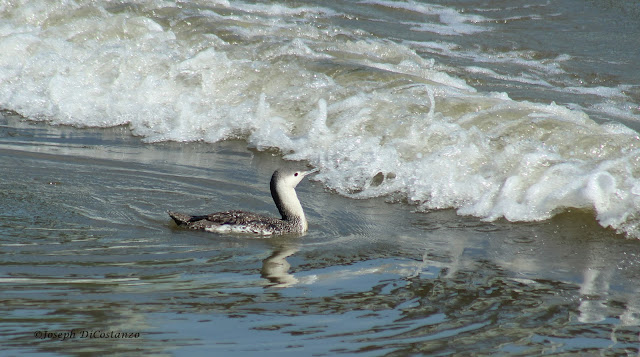 I have now finished writing up my account of our 2017 Great Gull Island Birdathon done this year on May 20 and 21. I have posted it as a separate page here on the blog.
Posted by Joe DiCostanzo at 6:00 PM No comments:

Yesterday morning and again this morning I went into Inwood Hill Park for short walks. On both mornings, when I first got out of bed I looked out my window and there was the Red-throated Loon that has been frequenting the ship canal north of the park for the last month. This morning when I came down from the ridge the Red-throated was off the peninsula north of the soccer fields, preening and at one point riding over the wake caused by a passing boat. I got a bunch of pictures which I may put up in a separate post when I get a chance.

Both mornings, there was very little evidence of migrants, though the local breeders all seemed to be present. Over the two days I tallied 36 species. The full list is below.