After yesterday's rains a cold front with high winds moved into the area overnight. In the morning we had sustained winds of over 20 mph from the northwest. The weather pattern brought a significant flight of diurnal migrants over the park in the morning. I went out for about 2.5 hours starting around 8:30 am. I only went as far as the soccer fields and watched the skies from there. There was a good movement of Turkey Vultures and Bald Eagles. It is possible more may have been visible from either the Hudson River Overlook on the ridge or from the ball fields along the river. However, the viewing would have been much harder in those locations because of the lack of shelter. In any event I ran up a nice list of migrants passing over the fields and the ridge. One surprise was a Broad-winged Hawk; it is getting late for that species. My total bird list is below.
Canada Goose  45
Mallard  10
Rock Pigeon (Feral Pigeon)  6
Mourning Dove  1
Ring-billed Gull  70
Herring Gull  3
Great Black-backed Gull  1
Turkey Vulture  35     Conservative count of migrating birds. 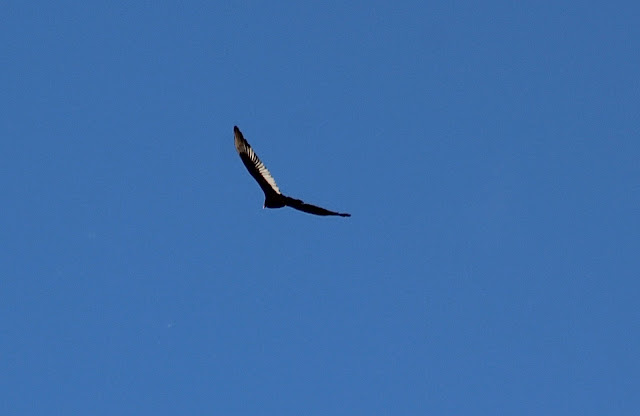 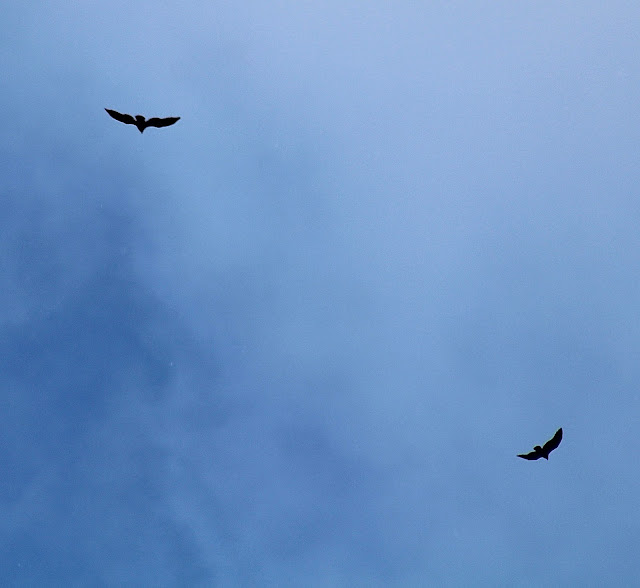