I went into Inwood Hill Park for a few hours starting in mid-morning. Though my total was 30 species, my best this spring, it felt very quiet. I saw no warblers, though I did hear of Pine and Yellow-rumped warblers seen by others in the park. I did manage to add one species to my April list, Turkey Vulture, seen from the Hudson River Overlook. Danny Karlson and Hilary Russ also saw TV's from the overlook, but they were lucky enough to also have two Bald Eagles go by while they were there. On the soccer fields there were a number of Chipping Sparrow, one or two Savannah Sparrows and a few Brown-headed Cowbirds. On the edge of the bay north of the soccer fields a Red-eared Slider was sunning itself. 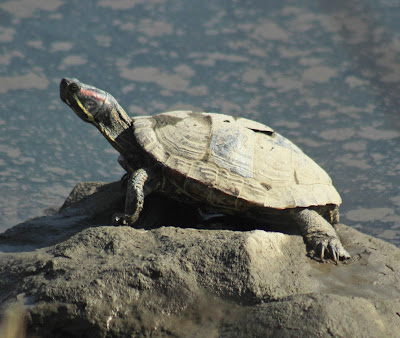 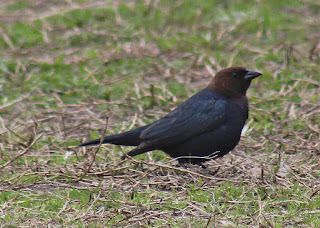