My first indication that it was going to be a good sparrow day was hearing a White-throated Sparrow singing outside my apartment window at 6:30 am. Hence it was not a surprise to see numbers of sparrows on the soccer field when I went out into the park later in the morning. the most abundant sparrow on the soccer fields was Chipping Sparrow. I counted at least 25 birds. Also present were four Field Sparrow (usually you are lucky to find one or maybe two Fields on a good day). They were joined by a lone Swamp Sparrow and two Dark-eyed Juncos. The Field Sparrows were my first of the year, though I had heard other birders at seen them in Inwood at least a week ago. Going up the Clove and along the ridge, there were White-throated Sparrows everywhere. Another new bird for the year was a Brown Thrasher near the top of the Clove path. Except for the sparrows, the woods were once again disappointingly quiet. But on the way back down, near the north end of the ridge I spotted my first Black-and-white Warbler of the year.

As I mentioned the other day, Mayapple wildflowers are up, but not yet in bloom in the woods, 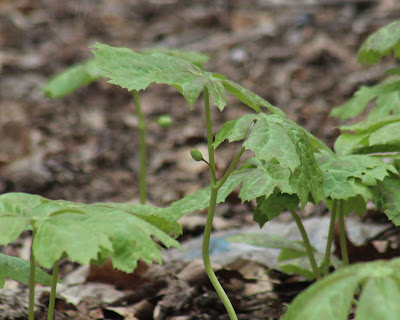 The three year birds brought my total April list to 61 species. The singing White-throated Sparrow in the morning, along with two American Goldfinches seen in Muscota Marsh from my window in the afternoon brought my apartment list for the month to 31 species. My walk through the park in the morning tallied 35 species (full list below). 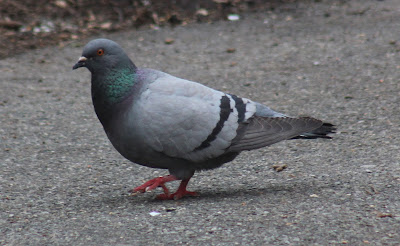 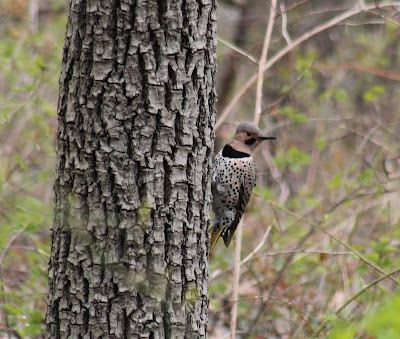 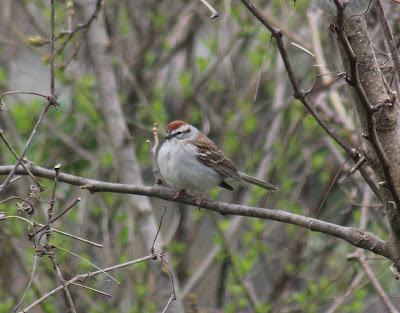 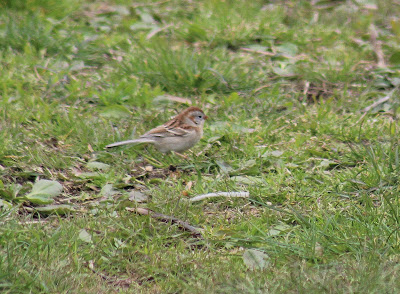 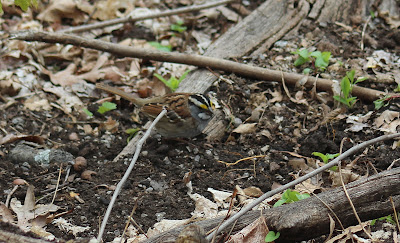 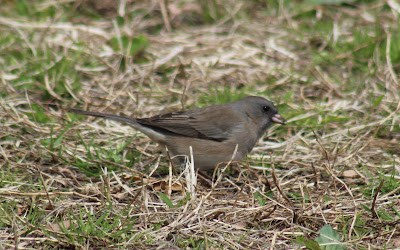