Went birding in Inwood Hill Park this morning with Danny Karlson. In this new world we are now living in it was my first time practicing "social distance" birding. Danny and I maintained a minimum six foot separation at all times. Beforehand I hadn't really thought of it as being much of a problem. However, when you are birding with others and one person spots a bird, the normal routine has always been for the second person to move over to the spotter so as to get the same angle on the bird the original spotter has on it. This can be a problem in the new "social birding" routine. But one quickly learns to adapt.

The birding actually started even before I left my apartment. I was putting on my jacket when Danny texted that he had arrived. As I looked out the window and saw him on the boardwalk overlooking Muscota Marsh, I heard a Common Raven overhead. Danny spotted it flying south over my apartment building. Interestingly, this was about the same time (approximately 8:30 am) a Common Raven flew over yesterday morning. Perhaps it is developing a routine?

I joined Danny down on the deck overlooking Muscota Marsh. I was sporting the latest in fashionable birding gear. 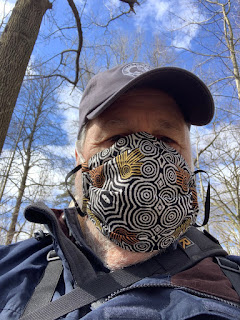 It was cool and blustery and at that point mostly cloudy. The soccer fields were pretty quiet. In the Clove White-throated Sparrows were fairly common and could be heard singing all around. A lone junco was near the top of the trail. The ridge was quieter than I had hoped and the cold wind discouraged any lingering on the overlook looking at the Hudson and across to the Palisades. A female Downy Woodpecker was cooperative, feeding on a small fallen log. 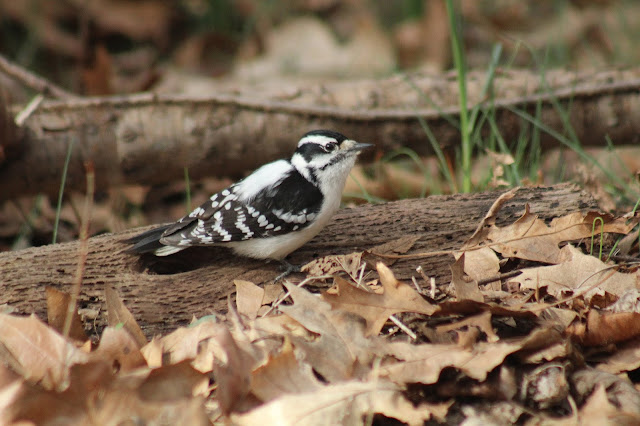 Finally, Danny spotted an Eastern Phoebe, a first of the year for both of us, though I had heard reports of them for a while. We soon saw one or two other phoebes. Near the first phoebe there was a bright male Pine Warbler high in a tree, another first of the year.

On the way back down through the Clove we finally spotted some Dutchman's-Breeches wildflowers in bloom. We had looked for them on the way up and somehow missed them, but now saw some right off the trail. 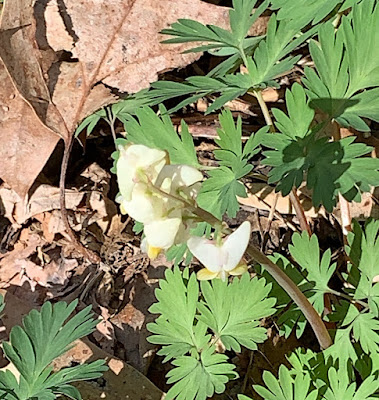 In about two and a half hours in the park we had twenty-six species (listed below).