It was a beautiful morning to be out. Many people seem to agree with that sentiment. It was the most people I have seen in the park since the current coronavirus crisis started. Most, though unfortunately not all, wore masks. At least it seemed like everyone was "social distancing" - except for obvious family groups. After heading into the park I ran in to Danny Karlson at the soccer fields. We spent several hours birding the park together, while maintaining our distance from each other. Over the course of the morning we ran into a number of other birders also taking advantage of the beautiful weather. Everyone was looking to see if the Pileated Woodpecker from April 17 was still in the park. As far as I know, no one found it today. We did meet a couple who said they saw it yesterday morning in the rain. This is the only report I have heard of the bird after Friday.

It was cool in the morning (30s - low 40s), warming up towards midday with bright blue skies and a few clouds all morning. Despite the lovely weather, it was surprisingly quiet. We only found three species of warblers: Pine, Yellow-rumped, and Palm. We only saw one of each. In fact I missed the Palm which Danny spotted. There were also a few Eastern Phoebes and a number of Hermit Thrushes. My total for the morning in the park was 37 species (list below) - the best morning I have had so far this April. I thought I was going to go the whole walk without adding anything to my spring list, until we spotted two Black Vultures over the soccer fields on the way out. Other birders saw Tree Swallows and I finally spotted one over the ship canal from my apartment window in the afternoon. This brings my totals for April to 58 species for Inwood and 29 from the apartment.

Before getting to the bird list here are a couple of wildflowers I photographed today.
Mayapples are up also, but not yet in bloom. Below is the morning bird list with a few photos. 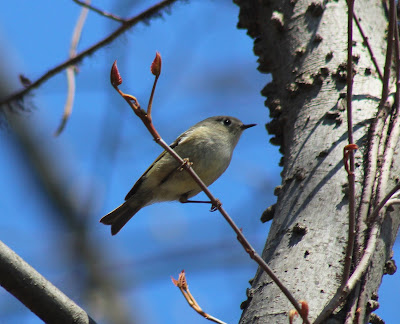 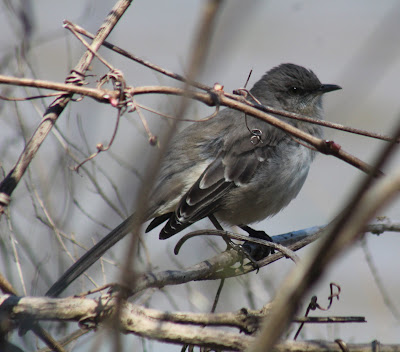 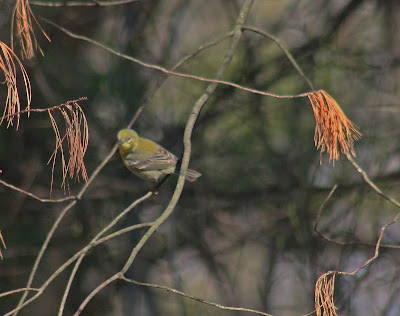 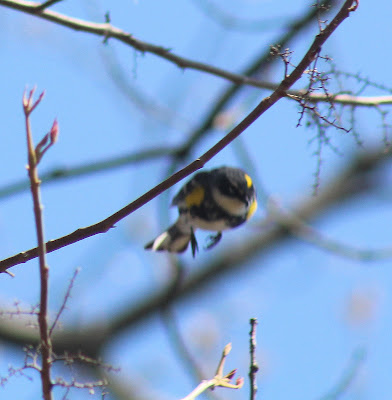 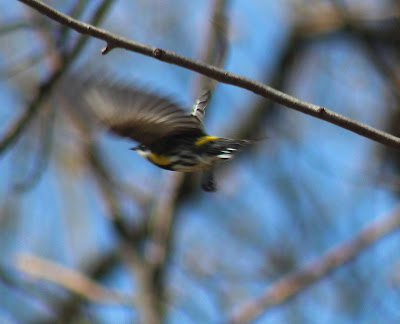 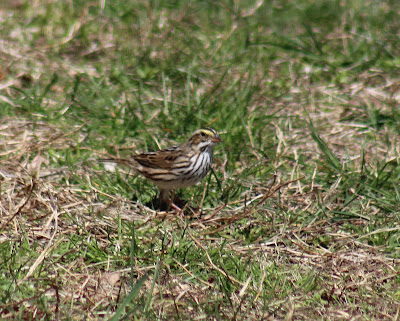 Posted by Joe DiCostanzo at 8:10 PM