It was another beautiful, but cool morning in Inwood Hill Park. Clear, blue skies with a chilly northwest wind. I met Danny Karlson at Muscota Marsh a little before 7:00 am. We listened for the Marsh Wren that had been present the last two days, but did not hear it. As far as i know, no one heard it today, so it has presumably moved on.There was no large flight of migrants evident on the ridge in the park with the notable exception of Scarlet Tanagers. As we headed up to the ridge we were getting text messages about numbers of Scarlet Tanagers in various city parks. We did not see many on the way up, but once we were on the middle part of the ridge they were everywhere. There seemed to be more males than females, but that may just have been because the brilliant males are so much more obvious than the females. One particularly striking individual was a brilliant male sporting a scarlet wingbar. 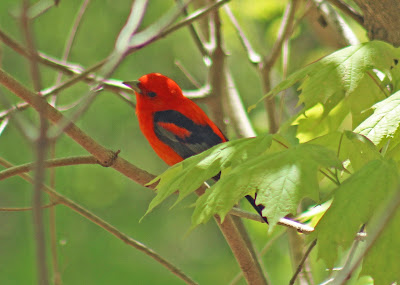 On the ridge Danny and I ran into Hilary Russ and Diane Schenker and the four of us birded together for a time, while maintaining social distance. I personally had a total of 51 species of birds. However, I did not get any new species for the spring. In the afternoon I added one more species to the day's list when a Great Blue Heron flew past Muscota Marsh as seen from my window.

Before getting to the bird list, here are a few wildflower pictures from this morning. Bluebells (Hyacinthoides) were in bloom in a number of places and came in at least two colors. 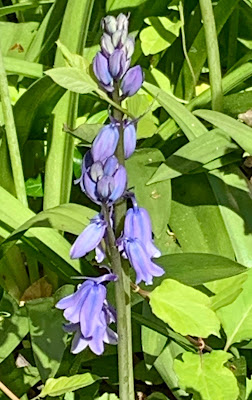 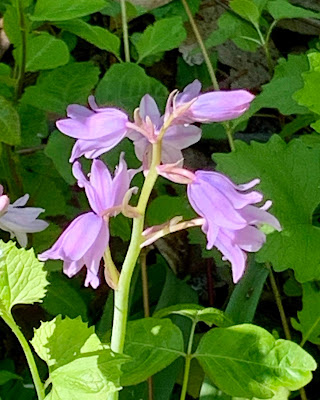 Another flower that was blooming in several color varieties was Dame's Rocket (Hesperis matronalis). 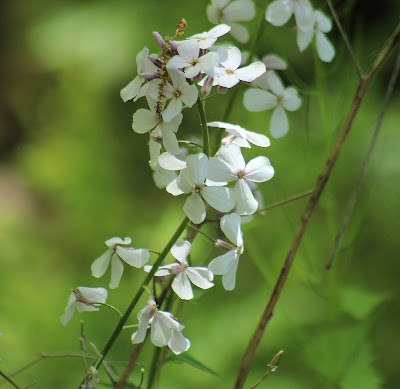 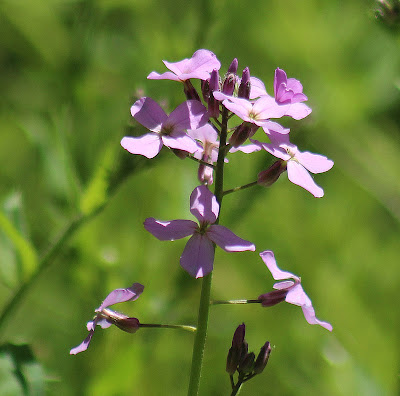 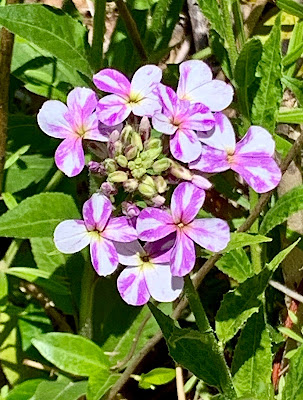 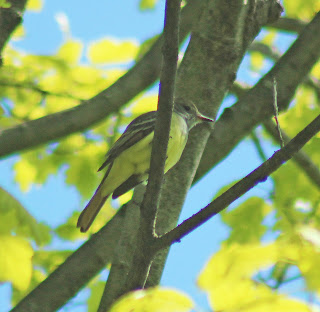 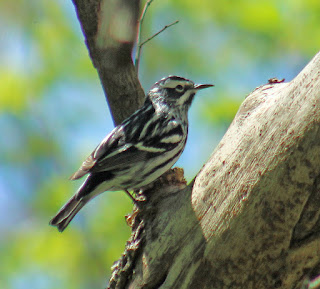 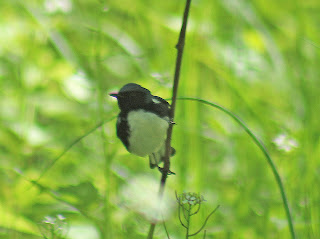 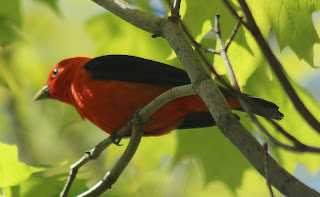 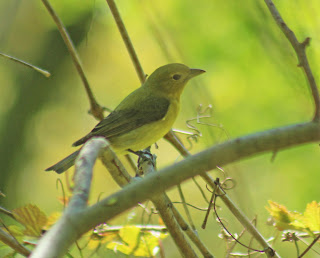 Posted by Joe DiCostanzo at 7:01 PM