A beautiful morning in the park. As he usually is, Nathan O'Reilly was in early and reported a White-crowned Sparrow near the Nature Center. I headed straight to that area when I went in to the park, but had no luck. I did have a nice singing Yellow Warbler perched up there. I also ran into Hilary Russ who told me about an Eastern Kingbird further out the peninsula. I went out there and found two individuals. Kingbird turned out to be the only new species I picked up for my April/May Inwood list. It brought my total to 97 species. I met up with Danny Karlson up on the ridge and we birded together. The weather was beautiful with deep blue skies, but a bit cool. I only managed to find 38 species today, my smallest total this week. 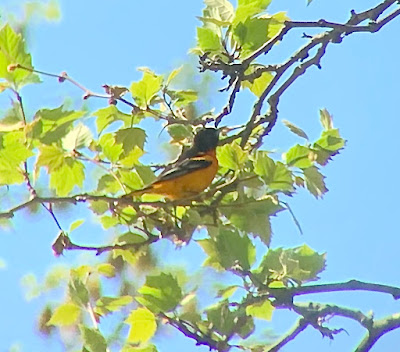 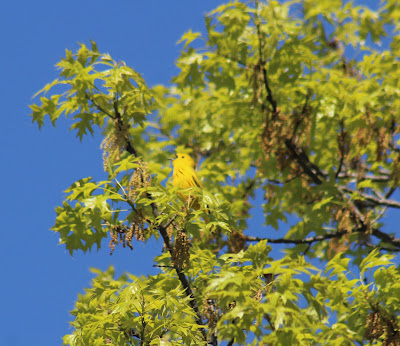 Posted by Joe DiCostanzo at 8:19 PM