Another great birding day in Inwood. Once again I started before 6:30 am. Also, once again I met up with Danny Karlson, Hilary Russ, and Diane Schenker soon after entering the park and the four of us social distance birding all morning, sometime joined by other birders.

Things started off well with a singing Marsh Wren in a small patch of reeds north of the soccer fields. It was reported a short time earlier by Nathan O'Reilly. This was the second Marsh Wren in the park in the last week. I tallied 70 species again today, the same as yesterday. I actually left the park with 69 species on my list, but in the afternoon, I heard a House Finch from my apartment window. I picked up two new species for my spring bird list: Yellow-billed Cuckoo and Yellow-bellied Flycatcher bringing my April/May total for the park to 116 species. Today, flycatchers were in in numbers and Swainson's Thrushes seemed to be everywhere.

Though this is probably the peak of spring migration many birds have already settled down and started nesting.In the last week I have seen Canada Geese, Mallards, American Robins, and Starlings with young.Barn Swallows are apparently nesting under the Columbia University dock in the Muscota Marsh area. I have seen both Orchard and Baltimore oriole engages in nest building. Diane tells me the Red-tailed Hawks have young in their nest, but she has been unable to see how many. Today Tree Swallows were mating on a tree snag in the northwest corner of the soccer fields. 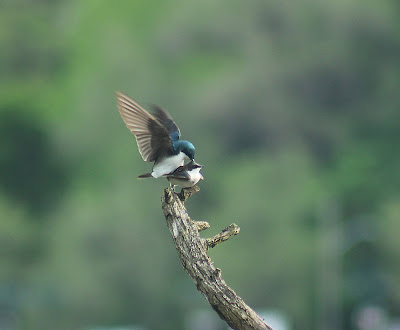 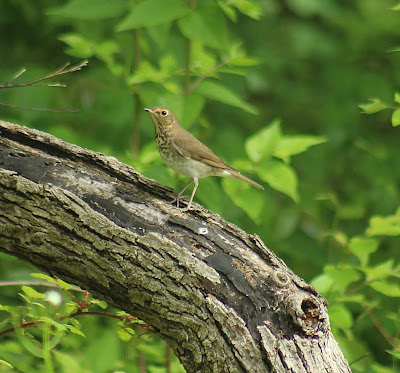 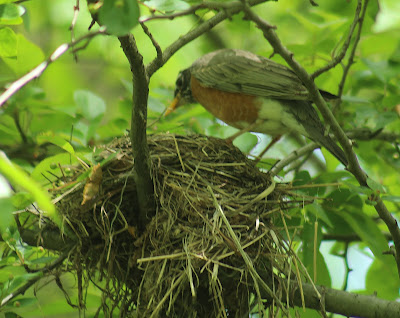